Anyone in Louisville this weekend should mark Dan Stokes' upcoming recital on their calendars. I haven't heard the new organ yet (it was still being tuned when I was in town for the winter holidays), but as you can see it looks stunning: 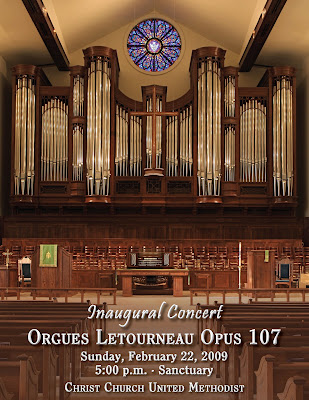 Posted by Matthew Burgess at 11:32 AM No comments:

In conjunction with Prof. Judy Kovacs' seminar on the life and thought of Clement of Alexandria, Jack Collins (another fine doctoral student) and I delivered a report on the continuing debate surrounding the Letter to Theodore, which contains the gospel fragments popularly known as "Secret Mark" and which, if Morton Smith is to be believed, was discovered by him at Mar Saba in 1958. As I prepared a selective bibliography on this fascinating topic, I was struck by two principal points:

1) There is remarkably little consensus surrounding the authenticity of the letter, with proponents of both sides (authenticity and forgery) claiming victory in recent years. For example, a number of scholars at Yale (e.g., Harry Attridge and Adela Collins) considered the matter to be virtually, if not completely, closed with the publication of Peter Jeffery's The Secret Gospel of Mark Unveiled in 2007, but two articles appearing in the most recent issue of the Journal of Early Christian Studies make arguments for authenticity.

2) Very few articles have attempted to address the question of the legitimacy of the letter by comparing it to other Clementine writings, particularly his comments on secrecy and concealment of knowledge in the Stromateis. (Prof. Kovacs herself reinforced this point in the course of our discussion.)

For those of you wishing to explore one of the wildest and most bitter debates in the recent history of biblical and patristic studies, check out the bibliography here. It's certainly not comprehensive, but includes a number of thorough introductory treatments as well as many of the key articles and monographs written in recent years. Enjoy!
Posted by Matthew Burgess at 12:19 AM No comments:

Notes on the character of the teachings of Jesus:

Highlights from the most recent Review of Biblical Literature (or, check out the blogroll):

Gabriele Boccaccini, ed.
Enoch and the Messiah Son of Man: Revisiting the Book of Parables
Reviewed by Thomas J. Kraus

Graham H. Twelftree
In the Name of Jesus: Exorcism among Early Christians
Reviewed by David Frankfurter
Posted by Matthew Burgess at 12:09 AM No comments:

Charles Breslin, a beloved friend and mentor to myself and scores of other students and aspiring academics in Louisville and beyond, was recently inducted into the University of Louisville's College of Arts and Sciences Hall of Honor. A brief press release is available here.

To say that this recognition was entirely deserved would be a spectacular understatement. Congratulations! 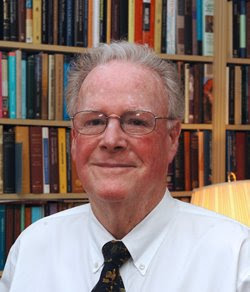 Posted by Matthew Burgess at 1:31 PM No comments:

A recent announcement from the Classics Department: 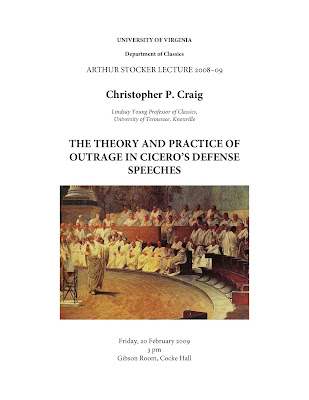 Posted by Matthew Burgess at 3:50 PM No comments:

Today's installment (albeit a little belated): an introduction to the Gospel of John.